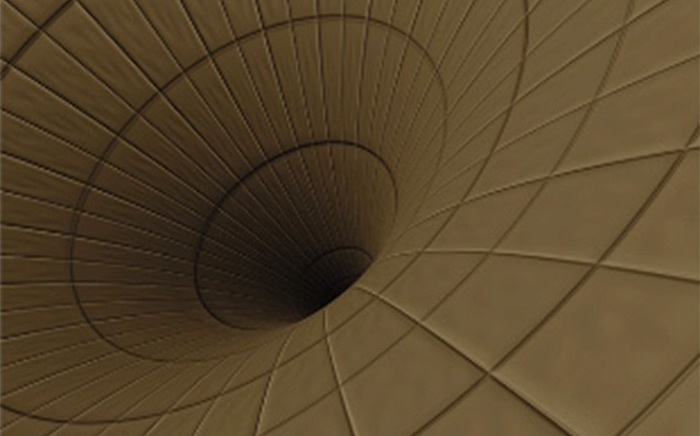 The general theory of relativity is Einstein's theory of gravity. Here he shows that gravity should not be described as a force, as in Newtonian physics, but instead as a consequence of the curvature of space and time. In short, gravity is spacetime geometry.

This course is about this remarkable discovery: what it means, how the theory can be (and has been) tested, its predictions and consequences.

(Will be updated during the course.)

We start by introducing the basic ideas behind the theory, such as the equivalence principle, how to describe curved spaces and spacetimes in terms of a metric, and the true importance of special relativity as a locally valid theory. Then we use this to study the most important case: the Schwarzschild spacetime, that is, the spacetime outside a spherically symmetric mass distribution such as a planet, a star or a black hole.

Only thereafter we move on to the more mathematical parts of the theory, introducing covariant derivative, the curvature tensor, the stress energy tensor and Einstein's equations.

We then discuss some interesting applications of the theory, such as black holes, cosmology and gravitational radiation.

Note that the book now exists in two versions, the original one and, unfortunately, a bad new one.

This is the one you should buy:

Do NOT buy the so called "New international edition" from Pearson:

The appendices are missing, the page numbering is wrong and the paper quality is very bad. The book is essentially useless. The original book is more expensive, but it is worth it. Note that it may soon be out of stock in Europe.

The lectures are given by Sören Holst. If you have any questions concerning the course, don't hesitate to contact me at holst@fysik.su.se

The problem solving sessions will be led by Marcus Högås.